If you value teachers, public schools, and other vital state services, ask your senator to VOTE NO on House Bill 531.

HB 531 would eliminate an estimated $1.5-billion in state funding, a quarter of the General Fund (even after increasing sales taxes), a blow to the state budget that would almost certainly necessitate deep cuts to public schools and all state services. The bill has passed the House and has been transmitted to the Senate.

Please ask your senator to protect the teacher pay raise and school funding and VOTE NO on HB 531.

Find contact information for legislators who represent your school district

Proponents of the tax cut want you to believe that eliminating the state income tax would somehow magically improve our state’s economy. These claims are virtually identical to the dubious assurances made by then-Governor Brownback of Kansas back in 2012. The Kansas Legislature fell for it and eliminated that state’s income tax. The result was catastrophic. Kansas’ state revenue plummeted, causing:

Those pushing the elimination of Mississippi’s income tax are using the pandemic-related infusion of federal relief funds into Mississippi’s revenue stream, and resulting short-term growth, as a basis for permanently slashing state revenue. This irresponsible and disingenuous position implies that one-time funds should be considered recurring – something that conservative lawmakers have long opposed. When the federal funds run their course and are fully expended over the next few years, Mississippi will find itself on a fiscal cliff. HB 531 would push us over it.

We are counting on the Senate to take a responsible and deliberative approach to state revenue and ensure that teacher pay, public schools, and other essential state services are protected.

Please give your senator a call today and ask for a NO vote on HB 531. Ask your family and friends to call, too. Our teachers and children are counting on us, and together, we’ve got this! 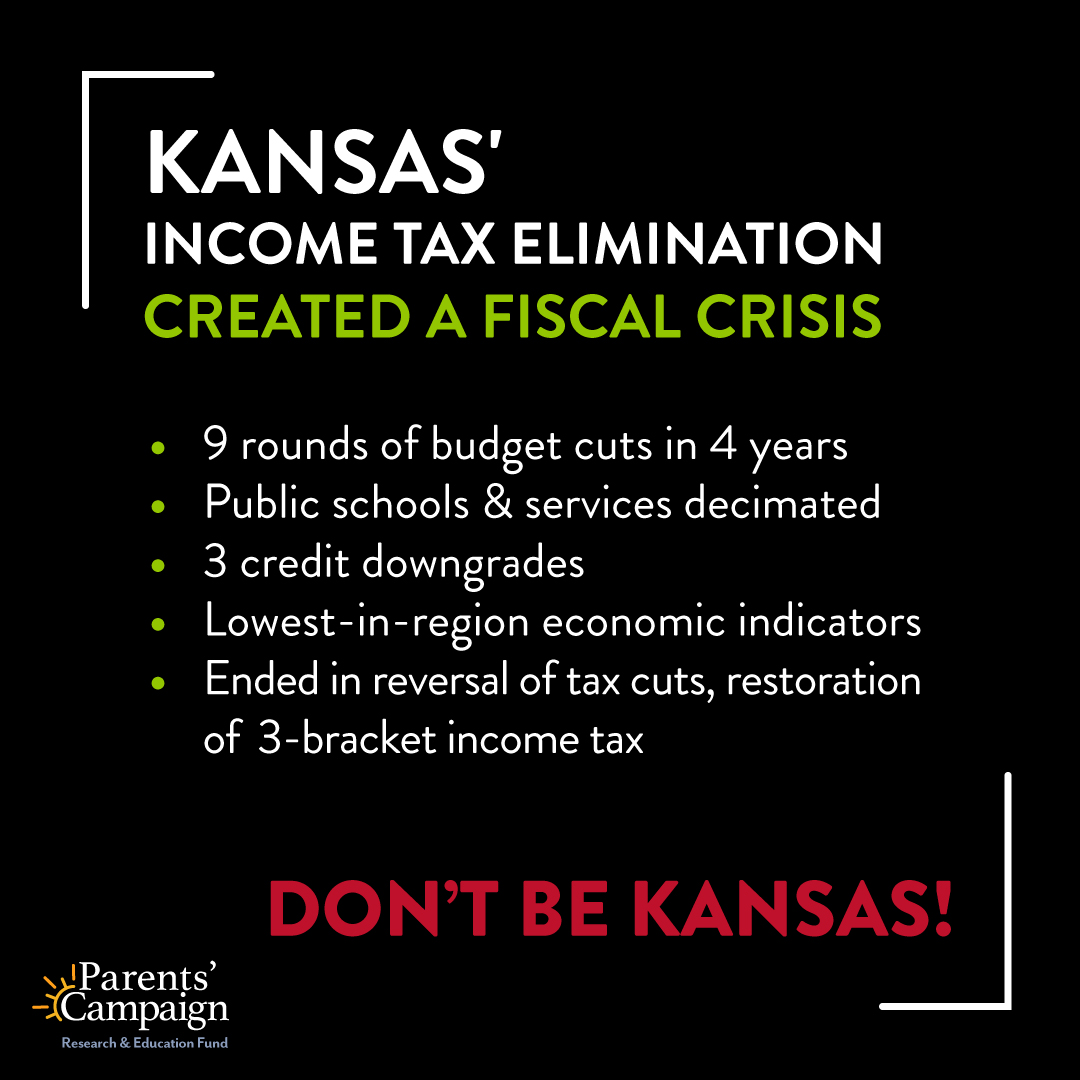