We won’t have a public school budget bill this weekend. The Legislative leadership acknowledged today that they would not meet the extended deadline for adoption of appropriations and revenue bills. They have extended that deadline once again, this time to April 10, although they are expected to complete the budget bills early next week.

Thank you for the many, many calls you made to senators about HB 1685, the pregnancy resources bill into which legislators sneaked the enormous Children’s Promise Act voucher program. Unfortunately, senators did not heed your calls. The motion to reconsider was tabled this morning, which sends that bill to the governor.

You have every reason to be angry. The Children’s Promise Act voucher program funnels millions of taxpayer dollars to unaccountable private schools to use as they wish – as much as $400,000 per school to even the tiniest academy – in some cases more, per student, than what some public schools receive, per student, in state MAEP funds. See which schools got this funding last year and how much they received.

As the PUBLIC school funding bill still has not been finalized, remind your legislators that any dollar that is available for a tax cut – or for private schools – is a dollar that is available to fund our public schools. They have insisted that the state is floating in money and can afford a $524-million tax cut, so “we can’t afford it” is no longer an excuse.  Legislators should be held to account if they vote to fund massive tax cuts and voucher programs before making a sincere and significant effort to close the funding gap for the more than 400,000 children in our PUBLIC schools.

Please ask your legislators to match the tax cut for the coming year with a $185-million increase in MAEP funding.

Find contact information for legislators who represent your school district

In some good news, the Legislature has passed SB 2430, which ends the diversion of the Public School Building Fund and creates a $40-million, no-interest revolving loan program through which public school districts can borrow up to $1-million. The funds may be used for repairs and renovations or for construction of pre-k or career and technical education facilities. Priority will be given to districts with emergency or critical infrastructure needs. The bill requires that legislators take another look at this program next year. Perhaps at that time they will consider providing the funds to schools in a grant, rather than a loan.

Public schools are underfunded this year by $272-million. Please explain to your legislators that our children deserve fully funded public schools. If they can cut taxes and fund private schools, they can make good on their promise to our public school children. Together, we’ve got this! 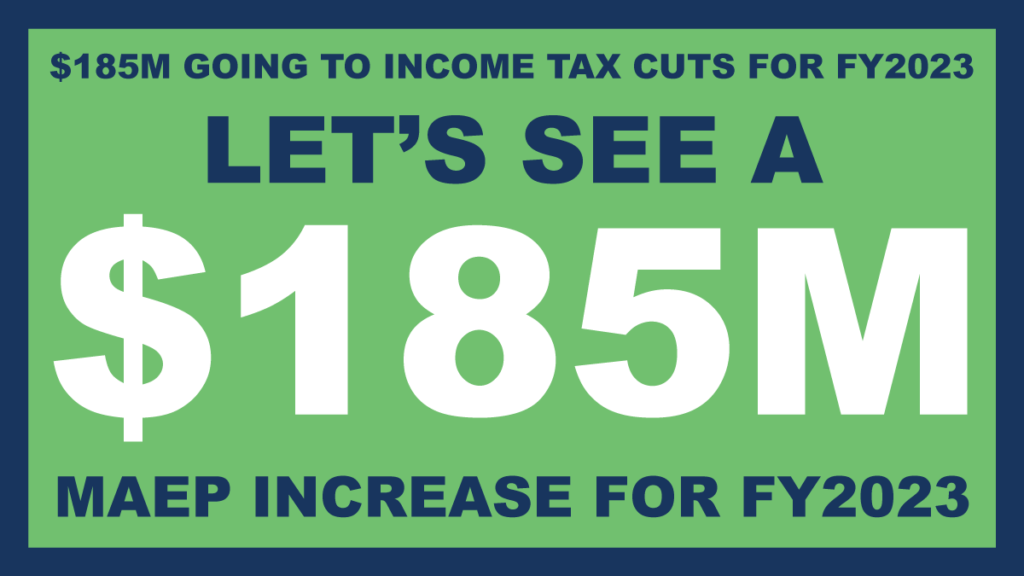